The new NFL season starts with the ‘Kickoff Game’ on September 10, in which the defending Super Bowl champions, Kansas City Chiefs, host the Houston Texans. 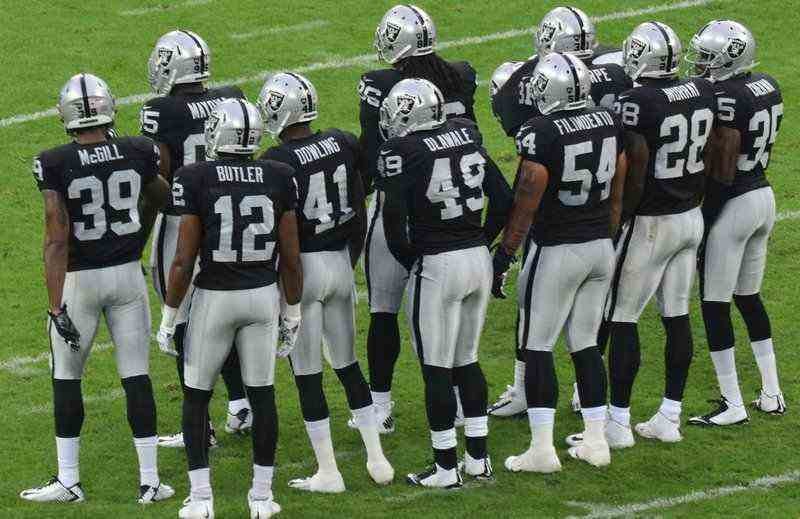 The top seed in each conference will then play the lowest remaining seed, while the other two remaining teams play each other, in the Divisional Round games. These games are scheduled for January 16–17.

The winners of those games will advance to the Conference Championships scheduled for January 24. The season will conclude on February 7, 2021 with Super Bowl LV at Raymond James Stadium in Tampa, Florida.

The NFL is, depending on local health orders, allowing individual teams to decide whether NFL games will be played behind closed doors or with a limited number of spectators.

The NFL is mandating that spectators wear face masks and any that attend may also be required to sign a liability waiver. If open to spectators, all on-field entertainment will be prohibited.

Following their relocation to the Las Vegas metropolitan area, the Oakland Raiders are now known as the Las Vegas Raiders (becoming the first NFL team based in the state of Nevada in the process).

Following years of controversy over their name and logo, the Washington Redskins have taken on the temporary name of Washington Football Team, pending a permanent name in the near future.

The Kansas City Chiefs and the Baltimore Ravens are vying for favoritism in the Super Bowl LV Futures betting market.

The other leading contenders being the San Francisco 49ers, New Orleans Saints, Tampa Bay Buccaneers, Dallas Cowboys, Seattle Seahawks, New England Patriots (minus the legendary Tom Brady, but with Cam Newton now on board) and the Philadelphia Eagles.

The AFC Conference betting is headed by the Kansas Ciity Chiefs and the Baltimore Ravens, with the sportsbooks strongly favoring one of the pair to be heading to Tampa in February.

The betting market in the NFC Conference is more open, with the San Francisco 49ers and the New Orleans Saints currently heading the market.