The sale of Michael Jordan’s sneakers set a new record for the most expensive sneakers ever sold.

An autographed pair of Nike Air Jordan 1’s worn by the basketball hall-of-famer in his NBA rookie season were sold on Sunday for a record $560,000 at an online auction hosted by Sotheby’s. 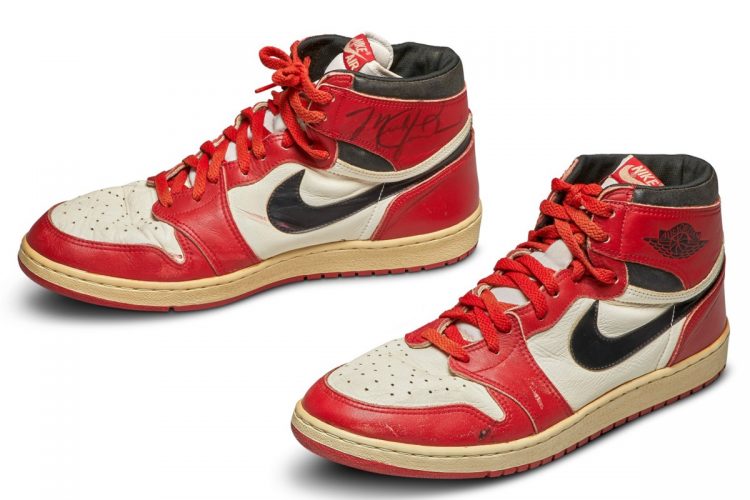 In 2019 the same London auction house famed for selling art pieces worth tens of millions of dollars sold a pair of 1972 Nike sneakers known as the “Moon Shoe” for $437,500 in a dedicated auction. The winner of the auction was a Canadian entrepreneur looking to beef up his private collection. There were only 12 pairs of the Moon shoe manufactured (in fact they were made by Nike co-founder Bill Bowerman).

Most expensive sports memorabilia ever sold