The iconic Tropicana Hotel and Casino in Las Vegas has now been snapped up by Bally’s Corporation. Bally’s is paying over $300 million for the venue in a complicated deal which involves some land leasing. The Tropicana sits on a 35-acre site has 1,470 rooms and 50,000 sq.ft of casino space.

However, following the completion of this acquisitions and two others – the Tropicana Evansville (Evansville, IN) and Jumer’s Casino & Hotel (Rock Island, IL), and completion of a construction of a land-based casino near the Nittany Mall in State College, PA, Bally’s will soon own and manage 16 casinos across 11 states.

On announcing its acquisition George Papanier, Bally’s CEO said: “Landing a pre-eminent spot on the Las Vegas Strip is a key step for us. The Strip is visited by over 40 million players and guest each year, which we believe will significantly enhance Bally’s customer base and player database as well as unlock marketing opportunities to leverage the iconic Bally’s brand.”

Meanwhile Genting’s Resorts World Las Vegas (RWLV), which is the first new build development on the Las Vegas Strip in over ten years, will officially open its doors on June 24. At a cost of $4.3bn the new resort will feature 3,500 hotel rooms and 117,000 sq.ft of gaming space. 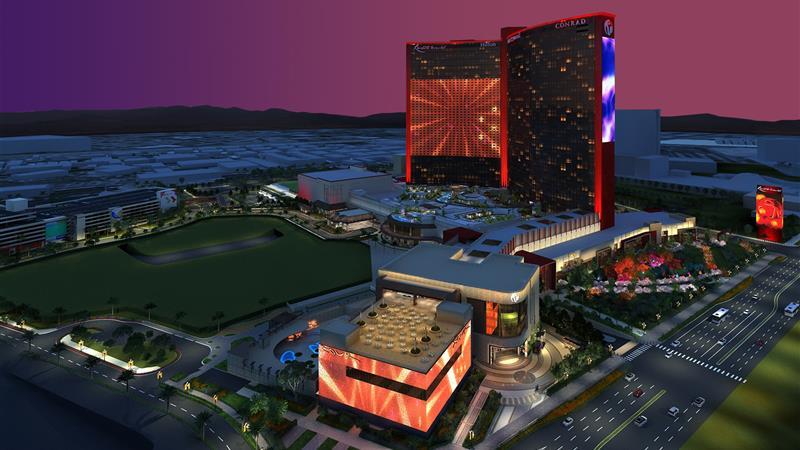 This will be Genting’s first footprint in Las Vegas albeit as owners of 46 casinos in the UK, ten resorts in Malaysia, Singapore and the Philippines plus four more properties in the U.S. this 56-year-old company has plenty of experience in the gambling space.

The RWLV resort will include a brand new Las Vegas sportsbook called the Dawg House Saloon & Sportsbook which combines the thrill of sports-betting with live entertainment and delicious pub fare.

Other Movers and Groovers

Despite over a year of Covid restrictions this is clearly a golden time for the land-based and brick-and-mortar casino industry as a conveyor-belt of buyouts and consolidation continues apace.

Not content with buying the Tropicana HotelBally’s has agreed terms on a £2.75 billion takeover of UK gambling company Gamesys a company which owns online brands Virgin Casino and Jackpotjoy.

Similarly UK courts have rubber-stamped the purchase of 87-year-old UK bookmaker William Hill by Caesars Entertainment in a near $4 billion deal. The new owners have already stated they will be looking to sell off the non-American assets of the company.