The No. 10 ranked Holland won on five occasions last year, including four by stoppage. His biggest and most recent victory was a 1st round KO win over former Strikeforce middleweight champion Ronaldo “Jacare” Souza.

At 28 years old Holland is the younger fighter by almost nine years and has a two-inch height advantage and a four-inch reach advantage. Holland is unquestionably the better striker and is also quicker and more explosive than Brunson. He’s not at the same level as Brunson when it comes to wrestling and grappling though.

In his last bout, the No. 7-ranked Derek Brunson extended his winning streak to three fights when he stopped Edmen Shahbazyan in the third round in August 2020. The 37 year old is a decent striker, but his main asset is his grappling.

The aim for Brunson will be to take this fight to the mat, but if Holland can avoid that happening early on in the fight, the younger man could be able to take control.

Brunson is the biggest test yet for Holland and is unlikely to find him as straightforward an opponent as some of his more recent rivals. However, Holland has the momentum behind him and looks capable of boosting his profile further with the win to justify his marginal favoritism with the sportsbooks, although it could go to the judges to decide.

The co-Main Event on the same card features a Lightweight clash between Gregor “The Gift” Gillespie (13-1-0) of the USA and the New Zealander Brad “Quake” Riddell (9-1-0). 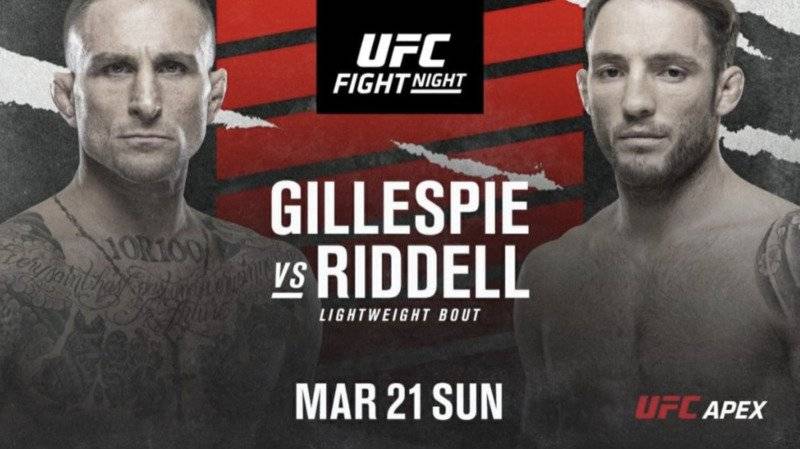 Gillespie is a moderate favorite going into the fight, over a year since he was last in action. Back then he suffered his first defeat when on the receiving end of a devastating head kick from Kevin Lee that resulted in a KO.

Riddell is on a six-fight winning streak coming into this bout, but Gillespie will be desperate to get back to winning and will probably justify his tag as favorite.

* UFC Vegas 22 odds correct at the time of writing. All odds are subject to change. 21+ Please gamble responsibly.