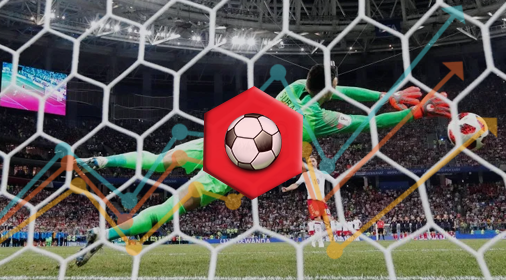 The English Premier League (EPL) is widely regarded as being the best soccer league in the world and is unquestionably the wealthiest, with numerous high-profile managers and world class players like Harry Kane, Mo Salah, Kevin de Bruyne, Sergio Aguero, Jamie Vardy and Raheem Sterling to name but a few.

It is certainly the most-watched sports league in the world, being broadcast in 212 territories to 643 million homes, which equates to a potential TV audience of 4.7 billion people. With so much global interest in the tournament, the EPL is naturally also hugely popular from a betting perspective.

The season traditionally runs from August to May, with each team playing 38 matches (each team plays all the 19 other teams both home and away).

With regards to betting strategies for the EPL, as with any team sport, it’s always worth keeping track of any injuries and suspensions affecting key players. These can have a particularly negative impact on some of the weaker teams in the division, as they tend to have less depth and quality on their rosters to cope with such situations.

Current form is another obvious factor to look for, while teams that are particularly strong in their home stadium or perhaps have a poor record on their travels are always worth consideration.

Another big factor to look at is fixture congestion, particularly during the latter stages of the season when some of the bigger clubs might be chasing success in the Premier League, the FA Cup (the historic domestic knockout cup competition) and in either the Champions League or Europa League. Sometimes a coach might be prepared to play a weakened team in the EPL if they are focused on achieving Champions League success for example.

When betting on the Goal Totals (Over/Under) market, it’s worth looking at the style of play of the teams.

For example, at present Leeds United are a team that possesses a wealth of creativity and attacking talent. However, they are perhaps vulnerable to opposition teams that play in a direct manner in getting the ball forward quickly. Leeds are a team whose games can feature more goals than most.

Burnley are a team that play to their strengths and are seen as somewhat dour by some. However, they are well organized and have a definite aerial threat from set-pieces when attacking. Burnley games can often be low-scoring encounters.

England Premier League 2020/21: To Be Relegated

At present there are two teams who are seen as being a level ahead of the rest in the EPL, with defending champions Liverpool and big-spending Manchester City regarded as the main rivals for the Premier League title.

In addition to Liverpool and Manchester City there are four other clubs – Manchester United, Chelsea, Arsenal and Tottenham Hotspur – that make up the “Big Six” who are deemed to be the main title contenders going into any season in the current era.

The clubs currently deemed most capable of challenging the “Big Six” for European qualification each season are probably Leicester City, Wolverhampton Wanderers and Everton

The main prize is the Premier League title, although finishing the season in the top four positions ensures qualification for the lucrative and prestigious Champions League in the subsequent season. The Champions League is undoubtedly the leading tournament in club soccer throughout the world.

However, the teams finishing sixth and sometimes seventh in the EPL can also qualify for the Europa League, depending on the cup success (either in Europe or domestically) of the teams that secure a top five finish in the EPL.