The 2021 NASCAR Cup Series Championship is a wide-open affair according to the online sportsbooks. Eight drivers are vying for favoritism following last weekend’s Pennzoil 400 at the Las Vegas Motor Speedway.

Kyle Larson was the winner there. It was his first victory in 17 months and brought him some welcome headlines following his dismissal from Chip Ganassi Racing in April 2020 (for using a racial slur).

Larson became the fourth different winner in four Cup Series races this season. Other 2021 season winners have been Michael McDowell, Christopher Bell and William Byron. He’s now amongst the favourites at +800, Byron can be backed at +1600, Bell is +2000 and McDowell a massive +20,000.

The narrow championship favourite in the current NASCAR betting market is last year’s champion, Chase Elliott. He is fourth in the standings (with 139 points). His best result of the current season was a second in the season opening Daytona 500.

Denny Hamlin with a third, fourth and fifth so far heads the points standings with 187 points.

Here are the latest odds from MyBookie:

Will Formula One be as Predictable as Usual in 2021?

Meanwhile, the 2021 Formula 1 season is sure to be a lot less competitive. Let’s face it, the sport is renowned for processional uncompetitive races.

However there is a real chance 2021 could be different. The first race, in less than three weeks’ time, takes place in Bahrain and that venue will be used for pre-season testing too.

That will provide an invaluable insight into what we can expect from the new F1 season ahead. The Vegas sportsbooks are in no doubt Lewis Hamilton’s Mercedes will be untouchable once again and make him -250 to take the driver’s championship for an unprecedented eighth time.

However, Ferrari can never be discounted and they have an exciting young driver lie-up of Charles Leclerc and Carlos Sainz. But the Red Bull team could prove the biggest threat to the Brit. They have the hugely exciting Max Verstappen and ‘Mr Consistent’ Sergio Perez from Mexico in their cockpits.

Rumours suggest the UK-based Red Bull car designers have come up with a new gearbox which could see them challenge Mercedes all the way. 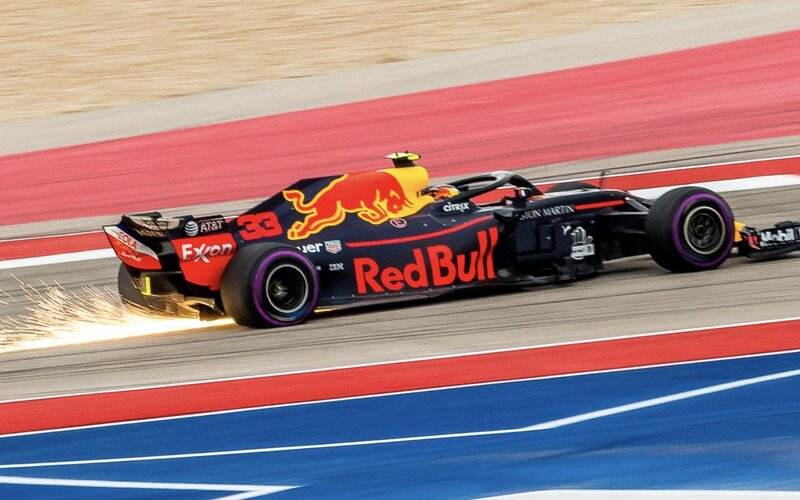 Sadly we suggest not getting patriotic about the chances of America’s Haas team. They have two rookie drivers at the wheel. One of which comes from Russia and his father has paid fortunes to secure his son the coveted drive. As a result the 2021 Haas resembles a fast-moving Russian flag.

But it is not that fast-moving. Team owner Gene Haas, 68 from Ohio, has conceded before the season has started, that his car is out of contention.

Deciding not to spend “$20-40 million in updates” his cars will be 2020 spec (which had a season best of 9th place) with an eye to developing something special for the 2022 season when new regulations come into place.

When is the US Grand Prix?

The 2021 US Grand Prix is scheduled for October 24 at the Circuit of the Americas, Austin, Texas.

An iGaming industry veteran with a background in Poker, David covers the latest sports, casino and industry news