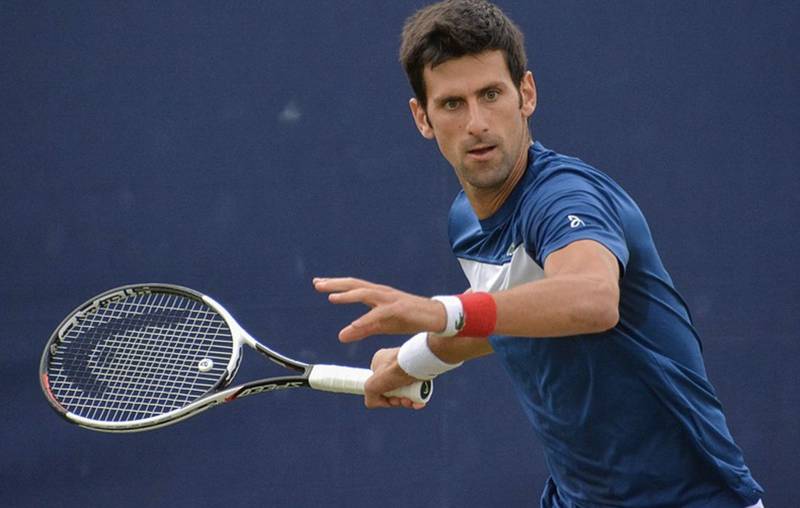 As with just about any sport you can think of, the 2020 tennis season has been badly impacted by the Covid-19 pandemic. The French Open Championship was postponed until 27 September 2020, while the Wimbledon Championship was cancelled in its entirety.

When is the 2020 US Open Tennis Championships?

The US Open will however take place as scheduled, from Monday 31 August, 2020 to Sunday 13 September, 2020 at the USTA Billie Jean King National Tennis Center at Flushing Meadows-Corona Park in New York, albeit without spectators for the first time in its 143-year history.

Although New York City peaked several months ago, coronavirus cases continue to rise elsewhere in the USA, so doubts remain as to the event taking place or as to how many of the top tennis players will participate, particularly given concerns over quarantine on arrival, and when travelling on to Europe to prepare for the French Open.

So far, Novak Djokovic, Rafael Nadal and Stefanos Tsitsipas are among the players to have expressed doubts as to competing at the tournament. Rafael Nadal and Bianca Andreescu are the men’s and women’s singles defending champions.

Who was your favorite women’s champion from the 1980s? 🤔 pic.twitter.com/9WsvvwEQyF

Novak Djokovic – The 33 year-old Serbian is the current world no. 1 and defending Wimbledon and Australian champion, so is understandably favorite to add to his 17 Grand Slam singles titles here.

Rafael Nadal – The 34 year-old Spaniard is the defending US Open champion and has a total of 19 Grand Slam titles to his name. There is speculation that he may sit out the US Open this year and concentrate on preparing for the clay season in Europe.

Roger Federer – Although it’s never sensible to write off the 38 year-old Swiss veteran with a record 20 Grand Slam titles to his name, the last of his five US Open titles came way back in 2020 (which were all won in consecutive years). He also underwent arthroscopic surgery for a right knee injury earlier this year.

Daniil Medvedev – Finalist at the US Open last year, the 24 year-old Russian is probably seen as the current favorite to break the stranglehold that the legendary veterans of the game have on the Grand Slam titles.

Stefanos Tsitsipas – The 22 year-old Greek made a major breakthrough in winning the end of season ATP Finals in 2019, but he’s yet to go past the second round at the US Open. Earlier this year he did retain his title at the Open 13 tournament and reach the final of the Dubai Tennis Championships (losing to Djokovic) prior to the coronavirus pandemic shutdown.

Alexander Zverev – A semi-finalist at this year’s Australian Open (his best performance at a Grand Slam to date), the 23 year-old German is finally showing signs of fulfilling his potential by winning a Grand Slam event.

Dominic Thiem – Noted as a clay court specialist, the 26 year-old Austrian reached the Australian Open final this year. A US Open quarter-finalist in 2018, he has to be considered among the leading contenders this year.

Nick Kyrgios – The often controversial 25 year-old Australian has the talent to beat anyone on his day, but has never been beyond the third round at the US Open.

Serena Williams – Williams will be 39 years old soon after the completion of the tournament and, despite a few near misses, she hasn’t added to her 23 Grand Slam singles titles since the Australian Open in 2017.

Bianca Andreescu – The 20 year-old Canadian is the defending champion, but had struggled with injury prior to the coronavirus pandemic. It would be asking a lot of her to return to action by successfully defending her title.

Ashleigh Barty – Currently ranked no. 1 in the world, the 24 year-old Australian Barty is the defending French Open champion and was a semi-finalist in this year’s Australian Open.

Simona Halep – The 28 year-old Romanian is one of the most consistent players on the tour. The current Wimbledon champion was a semi-finalist at the US Open in 2015. She claimed her 20th WTA title in Dubai earlier this year.

Naomi Osaka – The 22 year-old Japanese player won the US Open in 2018 and the Australian Open last year, but the defending champion was eliminated in the 3rd round by Cori “Coco” Gauff in this year’s tournament in Australia.

Sofia Kenin – The 21 year-old Russian-born American provided a surprise in winning the Australian Open this year and is now up to number 4 in the world rankings.

Garbine Muguruza – The 26 year-old Venezuela-born Spaniard was a finalist at the Australian Open this year, which represented a return to form for the 2016 French Open and 2017 Wimbledon champion.

Cori “Coco” Gauff – There are huge expectations on the shoulders of 16 year-old Gauff, with the American having already reached the 4th round at Wimbledon and the Australian Open and a 3rd round appearance at the US Open last year.

Our US Open 2020 Tennis Betting Predictions

After such a lengthy break from competitive tennis at the highest level, it’s not going to be easy to judge which players are at their best coming into the tournament. There is little relative form on which to base any US Open tennis betting predictions.

This could be a particular issue in the men’s tournament, where the established order at the top of the game might just have lost their advantage over the younger generation.

The other factor to bear in mind of course is which players will be prepared to compete in New York given the situation as it currently stands.

Novak Djokovic looks the safest US Open 2020 bet given his form pre-shutdown, with Alexander Zverev perhaps the best betting alternative among the younger players.

Sofia Kenin could be worth backing to follow up her Australian Open success with victory on home soil, with Naomi Osaka being a decent alternative 2020 US Open betting option for the women’s event.